Just a follow up to the post before last.  I finally got the rail adapter for the bipod.  As mentioned previously, it's a Harris bipod.  The adapter I finally decided on was the Rota-pod quick detach adapter.  So, now the bipod can both tilt and, when unlocked, swivel about 30 degrees left and right. The quick detach is nice. The thing is heavy enough. If need be, I can quickly take the bipod off and stow it.

And finally, for now, I'm thinking of taking the A2 flash hider off and putting some sort of compensator on it.  But I don't know what's out there for compensators much less what are the best for the buck. 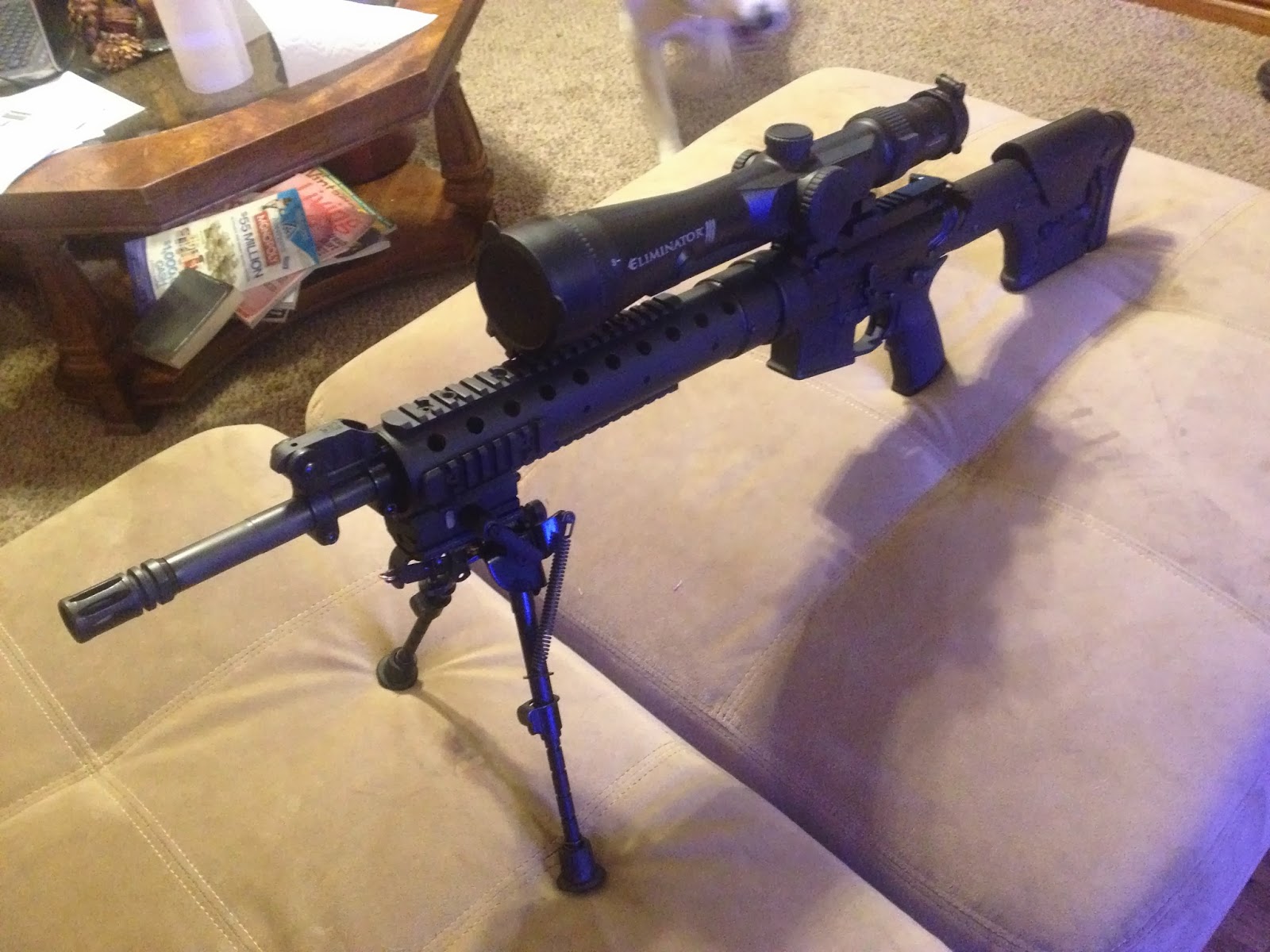 I haven't used it, but the PWS FSC556 comp gets consistently excellent reviews.

I would suggest reading this - it might contain some ideas.