Honest, it followed me home on it's own...

Can I keep it? Too late, I already am. 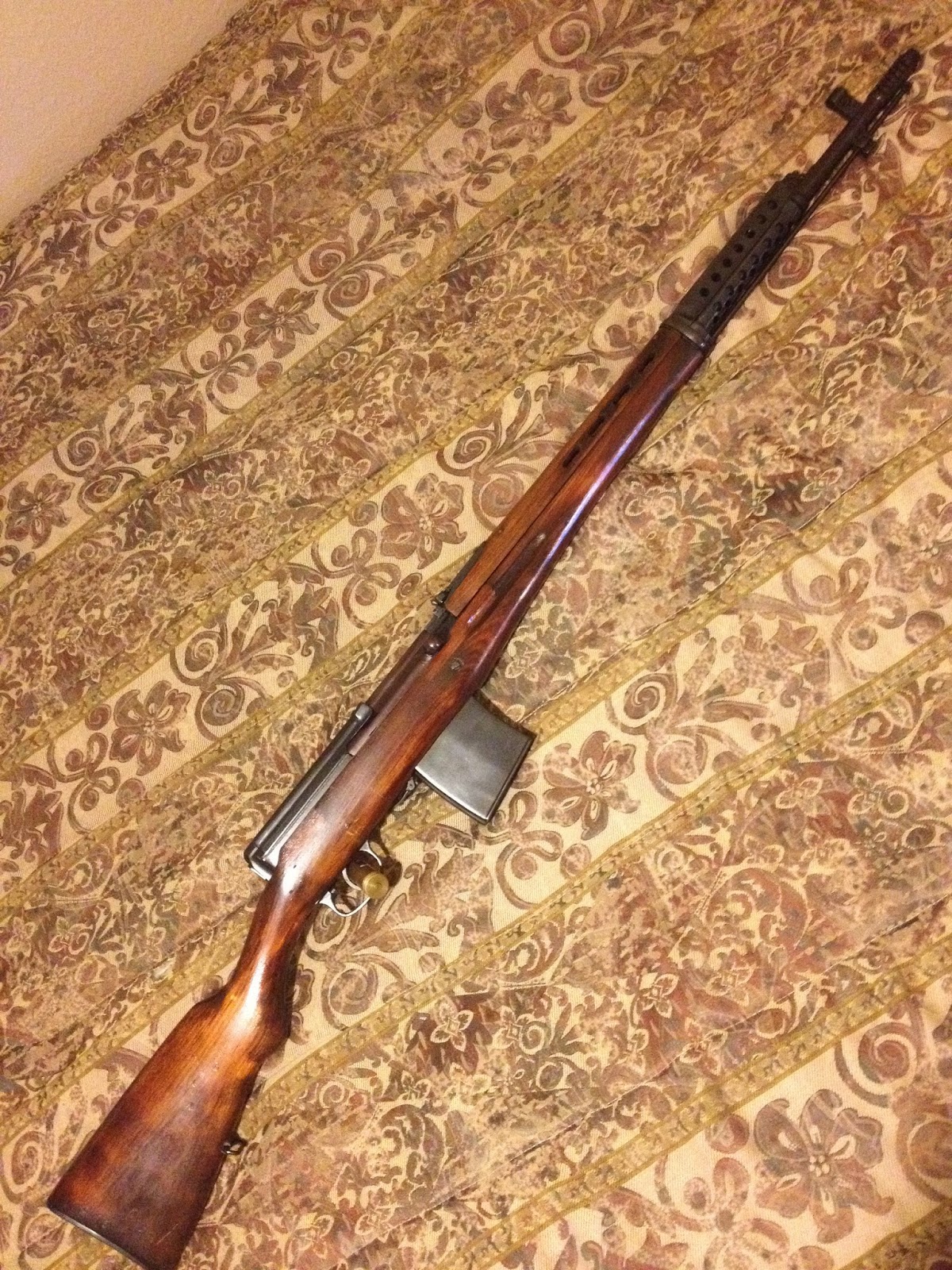 I've heard this gun referred to as the Soviet Garand. I think it has a bit more in common with the US's M14 and would make it a more advanced rifle than the Garand. The notable feature being the detachable magazine. But as both the Garand and the SVT-40 were WW2 and the M14 was a development of a decade later, I can see why the one comparison and not the other.

This rifle was planned to be the replacement for the Mosin Nagant and be the primary MBR of the Soviet military but the timing of the war, vulnerability of the factories making these to the Nazi advance during Operation Barbarosa, and just the flat out critical need for millions of rifles NOW, meant the Mosin Nagant remained the primary rifle of the Soviets during WW2 and relatively few of these being produced in comparison.  And we all know the AK pretty much eclipsed anything else coming before it after the war.

I'm thinking about naming her Ivana Onnatop.
Posted by aepilot_jim at 16:48

Very nice....maybe we can have another Dallas Area Blogshoot soon. Would be nice to get yours and Southern Belle's SVTs on the same range.

Its not an addiction, you can stop anytime?

This was fun to shoot. Thank you for letting me play with your new acquisition!

Nice! Like the name too. Could you send me an email when you get a chance? I couldn't find your contact info -- thanks!
Bruce
bluegrassbruce 8 at gmail