I'm wandering the internet today with the Military Channel playing in the background. They ran a series of great planes shows. One of the ones they spotlighted was the Republic P-47 Thunderbolt. And this got me to thinking on what were my favorite planes. Now, I'm a propeller head from as early as I can remember, much to the chagrin of my parents. So, in the interest of creating discord and controversy on the internet. (Because we don't have enough of that already.) I'm just going to quick name a couple of my favorite airplanes of all time. 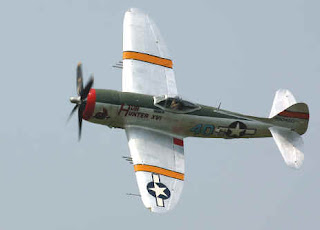 First, and these are in no particular order, the one that got me to thinking. The P-47. Arguable the best fighter of WWII. The J model is the fastest. A fighter that weighed more than some of the AAF bombers of the 30's it was adapted to more roles than the lightning or the spitfire. It carried the reputation for being able to take more battle damage and still get home than any other fighter in any theater. A quick search will find stories of Luftwaffe pilots firing at a Thunderbolt till their guns ran dry and the Jug would just keep flying along. 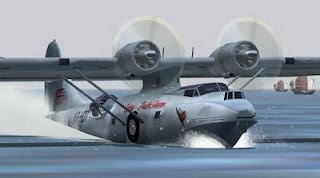 Second, the Consolidated PBY-5a Catalina. Here's another ungainly looking bird that had that can do attitude. Sub hunter, Search and Rescue, Night Raider, Airliner, Bush Plane, she did it all and years after she was called obsolete to boot. In fact, it was considered out dated by many at the beginning of WWII. She may not go fast, with a top speed under 200 knots and a cruise like some of todays piston singles. But, very few planes could go 2000+ miles on a single tank. I'd love to get one, convert it to a flying camper and just go. Sort of a "send ya an email from polynesia" dream. 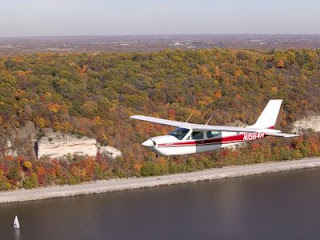 Thirdly, and this is by no means the end of the list, the Cessna 177 Cardinal RG. And I don't know why. The first fully cantilever wing from Cessna. It was only produced for a short number of years, 1968-1975. Nothing like the life of the 172 or 182. Plagued with gear troubles the first years it was out, it never overcame that stygma and that may have lead to it's short production life. Still, with the wing set back on the cabin, you've got an excellent view both up and down. The RG version made for a limited payload. And yet, it still looks good to me.

Now, there are more airplanes that I drool over. Jets, props, rotors I'm an equal opportunity plane nut. Plain nuts? Anyway, discuss, flame, lambast... what are yours?
Posted by aepilot_jim at 19:04

Email ThisBlogThis!Share to TwitterShare to FacebookShare to Pinterest
Labels: Aviation, Flying, geekery, Me me me

Love the Cat inclusion. It's just personal as a result of four Cold War years riding old destroyers around the Pacific -- about half of them chasing Bird Farms like the Ranger and Oriskeny. The PBYs were our workhorses when we were within their range -- mail, movies, personnel transportation.

I share the fantasy of having one in camper configuration. First thing would be to do something about that Pee Tube -- a warmer, at least.