I blame Christina_LMT for this one. Just don't get caught singing it out loud in the mall. Don't ask. Just trust me.

Email ThisBlogThis!Share to TwitterShare to FacebookShare to Pinterest
Labels: teh interwebz, Tehee, Weirdness

So may back room deals have been made to get this HCR monstrosity passed that if anyone inside the beltway ever says the words "Transparency in Government" again, I hope their brain goes 'splody and their hair burst into flames.
Posted by aepilot_jim at 00:11 3 comments:

When a young man's thoughts lightly turn to fancy...

Or thoughts fancy turn to light. Something like that anyway. You know what the view outside my apartment looks like right now? First day of spring? 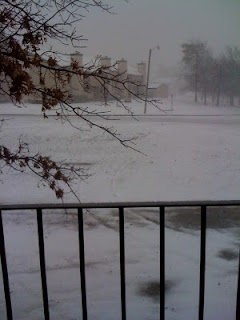 Email ThisBlogThis!Share to TwitterShare to FacebookShare to Pinterest
Labels: Me me me, Whinging, WTF

A matter of definitions.

Soviet: The word sovet in Russian means "council." The term first took on its twentieth-century political meaning during the 1905 Russian Revolution when "councils of workers' deputies (the Soviets) organized the events leading to a general strike in St. Petersburg in October of that year.

Interesting tidbit there. A Sovet is a council. Someone or a group of someones who are chosen to advise the people on what the best course of action should be.

Now a republic, on the other hand, is made up of people chosen to represent the larger population. These aren't chosen to provide council, but to find out what they are required to do by their constituents and present that as the course of action.

It would seem to me that Obama, Pelosi, Reid, Emmanuel, and their crowd think that they are a soviet and have been acting as such.

I say we send them a message, loud, clear and often that aren't. They don't rule, reign, or even govern. THEY SERVE.
Posted by aepilot_jim at 14:42 5 comments:

My favorite colors are grey and even more grey.
Posted by aepilot_jim at 21:51 4 comments:

Email ThisBlogThis!Share to TwitterShare to FacebookShare to Pinterest
Labels: Me me me

Lolcat of the day.

Haven't done one in a while. So, here. 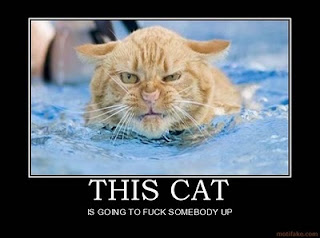