Catcher in the Rye.

J.D. Salinger, author of that classic American literary novel, passed away yesterday. I, like I suppose many others, have read his lone novel.

What struck me most about reading the Washington Post's article on the man, his life, and his works was this quote.

"Publishing is a terrible invasion of my privacy. I like to write. I love to write. But I write just for myself and my own pleasure."

Could Mr. Salinger have been one of the worlds first bloggers? It seems to me he certainly understood what writing is all about for most of us in the blogosphere.
Posted by aepilot_jim at 17:24 No comments:

I don't know what was more pathetic, the accumulation of lies in that speech or the slow motion tennis match the 0 had with the two teleprompter.

Does Chris Mathews have ANY credibility left?
Posted by aepilot_jim at 22:56 1 comment:

That the MSM is being excluded from Tea Party gatherings!!!

Well, not really excluded. More like just not invited. That, of course, doesn't mean they can't go. Just that they'll have to stand outside with the rest of the SEIU Union members.

So, let me get this straight. Those fine upstanding journalists that all but denied the very existence of the Tea Party Movement just 8 months ago are now all in a tizzy that they can't just jump on the band wagon now that it's become cool to BE SEEN at these events.

You'll also note as you read the article that it's not all media. Just that

"...the invited media outlets include only those that haven't bashed, misrepresented, or maliciously distorted the Tea Party Movement, its events, or its adherents."

Please Ms. Garofalo, hold your breath till your invite arrives.
Posted by aepilot_jim at 18:12 2 comments:

Perks has its membership.

After the rise of the Soviet state from the 1917 revolution. The communist party became the only legal ruling party of the Soviet state. As time progressed it became nearly impossible to advance to any degree in Soviet Russia without belonging to the Party.

Membership in the party ultimately became a privilege, with a small subset of the general population of Party becoming an elite class or nomenklatura in Soviet society. The party and party elite enjoyed many perquisites denied to the average Soviet citizen. Such as shopping at well-stocked stores, access to foreign merchandise, preference in obtaining housing, access to dachas and holiday resorts, being allowed to travel abroad, sending their children to prestigious universities, and obtaining prestigious jobs (as well as party membership itself) for their children.

"Wow, that's really *yawn* interesting", you say. But what does that have to do with us. We live in a free country. A country founded on the principles of democracy and freedom.

Well, I was thinking today. (Never a good thing) Written into the health care reform bill (or whatever they're calling it these days) are provisions for those who have "Cadillac" health plans to be severely taxed. Unless you belong to a union or group that the administration has approved, or has bought the administration's approval at any rate.

I have to wonder how big a step it will be to go from there to having your party affiliation checked every time you go into your doctor's office?

It does seem to me that they are already trying to set up the perks that the ruling party will enjoy.

Would de facto rationing fall not along age and productivity, but along party affiliation? What other sorts of perks would the "common man" party, the "enlightened" party vote for themselves?
Posted by aepilot_jim at 16:25 No comments:

I've seen this vid-rant about everything from politics, to guns to NASCAR. It's still funny.

A fundamental shift in politics.

So, Massachusetts managed to not elect a Kennedy, dead or otherwise, to what the dems had labelled the Kennedy seat. I think the people of MA told them in no uncertain terms that it was their seat.

Just remember folks that was just the first battle of this war. I expect the dems to pull every shenanigan play out of their book that they have. Everything from trying a reconciliation bill, sometimes called the nuclear option, to delaying the seating of Brown till after they ram rod 0bmamacare down our throats.

I was honestly shocked that Coakley actually gave a concession speech last night. I fully expected her to pull a Gore or Franken and recount until she won.

For all my friends up north.

I just had to take this screen cap. If you'll pay attention to the lower right hand corner. 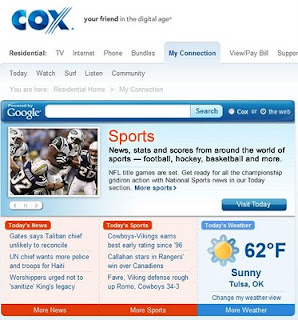 I saw this article today:

Health Care Mandate Applies to All -- Except the Amish

I immediately thought, that's a good way to opt out of that little piece of socialist agenda power grab.

But then I realized that;

I just don't have anything to blog about.

Another suspicious person was escorted off an airplane in MI.

Everyone is talking about this new "thumbs high" grip, which looks an awfully lot like the grip I was taught and have used for years.

Hell, I have had a rant about the decision to try the terrorists in civilian courts bouncing around in my head even.

And I just can't get myself to sit down and start typing.

I Blame Al Gore For My Lack Of Posting!
Posted by aepilot_jim at 16:09 3 comments:

Email ThisBlogThis!Share to TwitterShare to FacebookShare to Pinterest
Labels: Aviation, concealed carry, guns, Me me me, Politics, Rant, teh interwebz

As the temp drops, shooting tends to drop too. Nothing wrong with that, that's just the way it is. Trouble is as shooting drops, the skills atrophy too. So, what to do.

I'd say now is the time to increase your dry fire practice. Turn it into a video game even. I'll take my carry gun, drop the mag, lock the slide back, verify clear, verify clear verify clear and then have someone else verify clear. Now, pick a show on TV and whenever whatever you choose happens, draw, sight and squeeze (or say bang, whatever). I like shooting hubcaps. Every time a car shows on the screen, I try to get at least one hubcap. But it's more important to run the draw by the numbers and verify a good sight picture than anything else.

Practicing the draw is more important now too. We as (nominally) non-fur bearing mammals tend to wear more layers and your draw will need to take this in account too. It's pretty easy to sweep a covering polo or Hawaiian type shirt up with the off hand, now I find that I have to grip the cover garment (hoodie, sweater, flannel) to get it clear. Which changes things a bit.

I know this is all stuff you've heard before. But even the basics bear repeating. Like the 4 rules of safe gun handling. Wanna recite them now? So, if you don't have an indoor range all heated and lit to go to, call your shooting buddy up, invite him over and you can drill each other on your draw and sight techniques. What the hey, put some chips and dip out and some chili on the stove.
Posted by aepilot_jim at 18:23 6 comments: