Look what followed me home.... 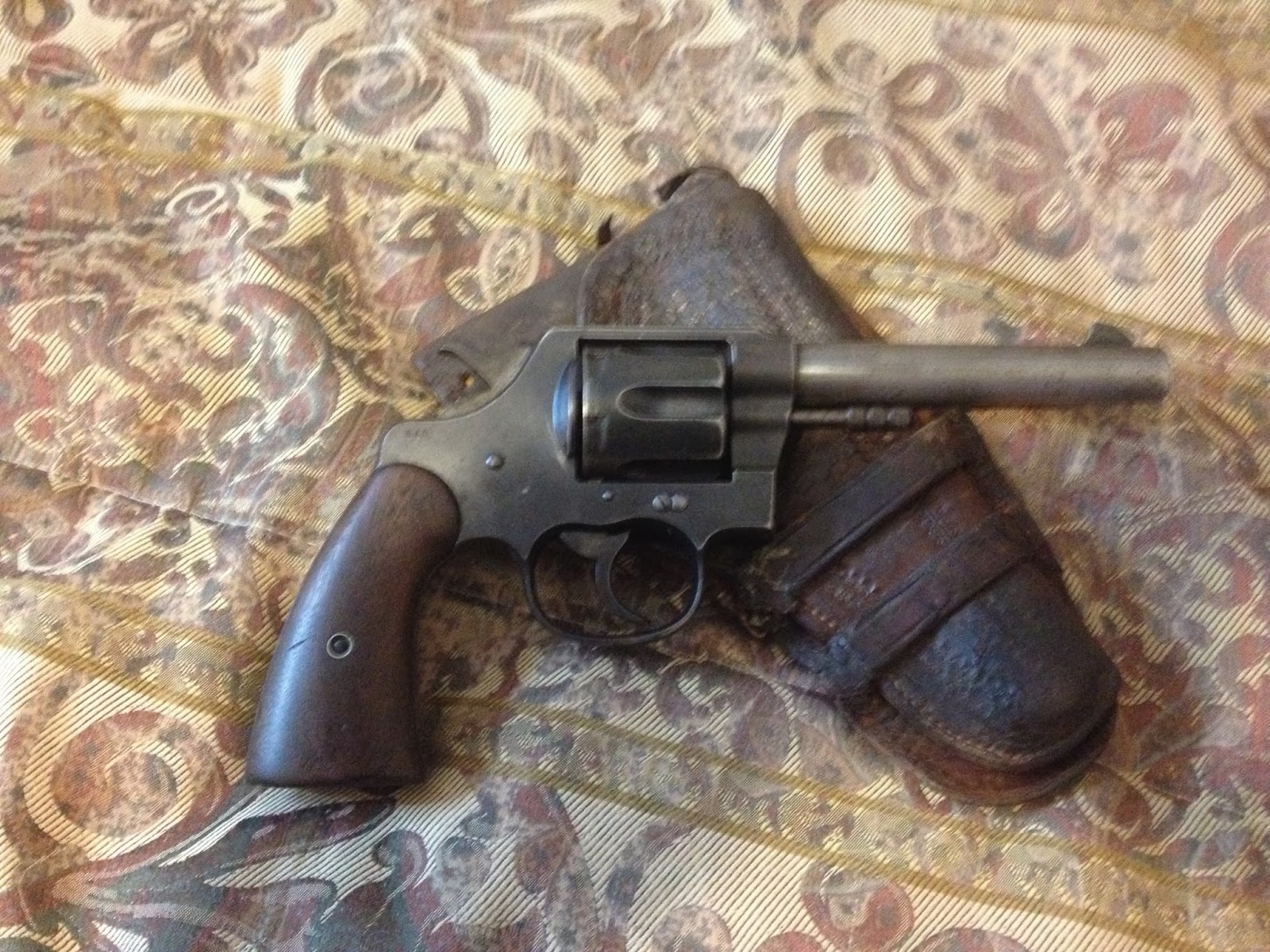 You see, yesterday I was wandering through my local gun shop/range and I saw this in the consignment display case. I'd been looking for a nice Colt M1917 off and on for a bit now and this one got my interest. 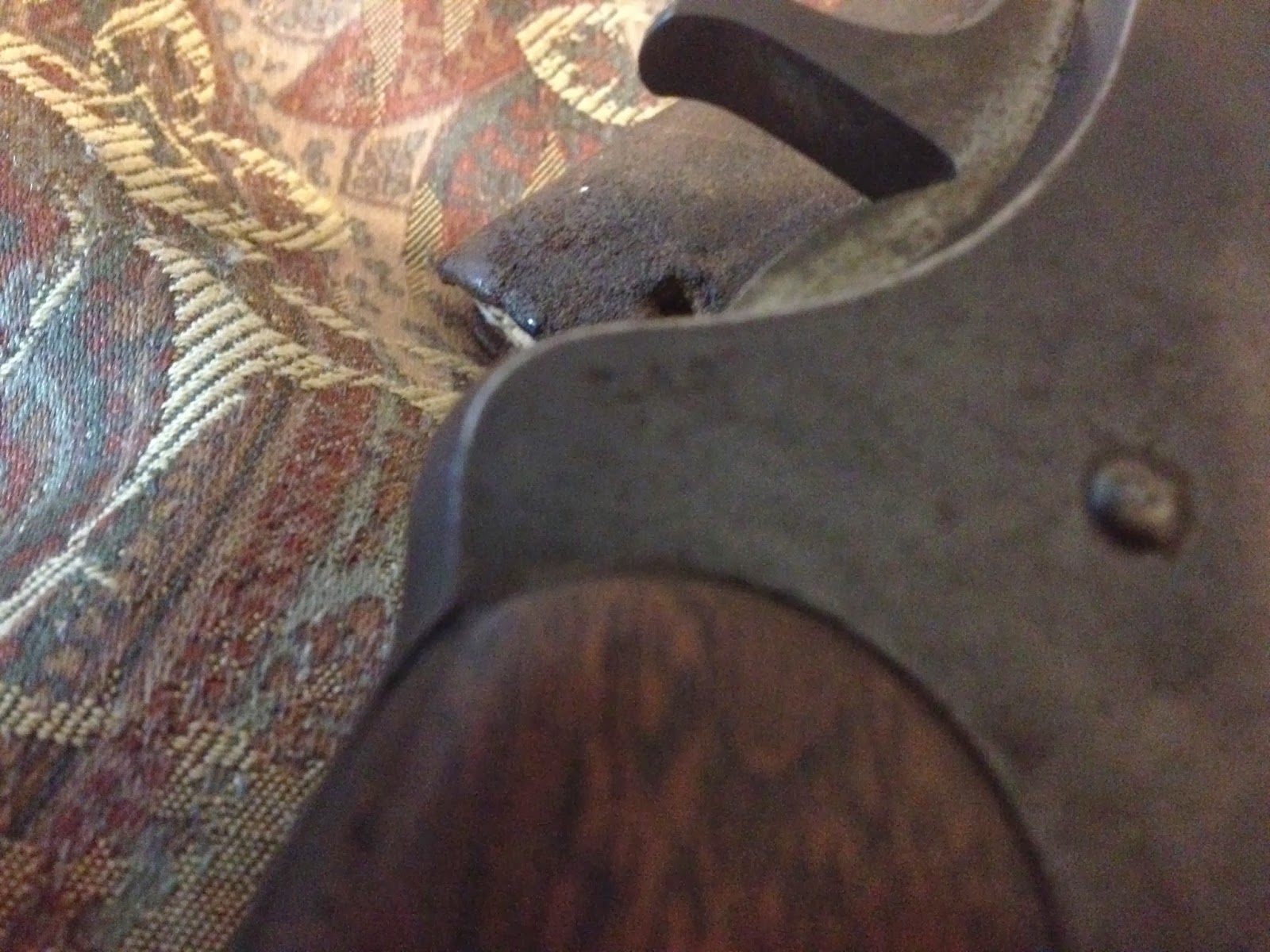 (I apologize for the crappy pic. Someday I'll by a real camera, pinkie swears)

Anyway, that's the RAC on the frame. Same as on my Webley Mk V. 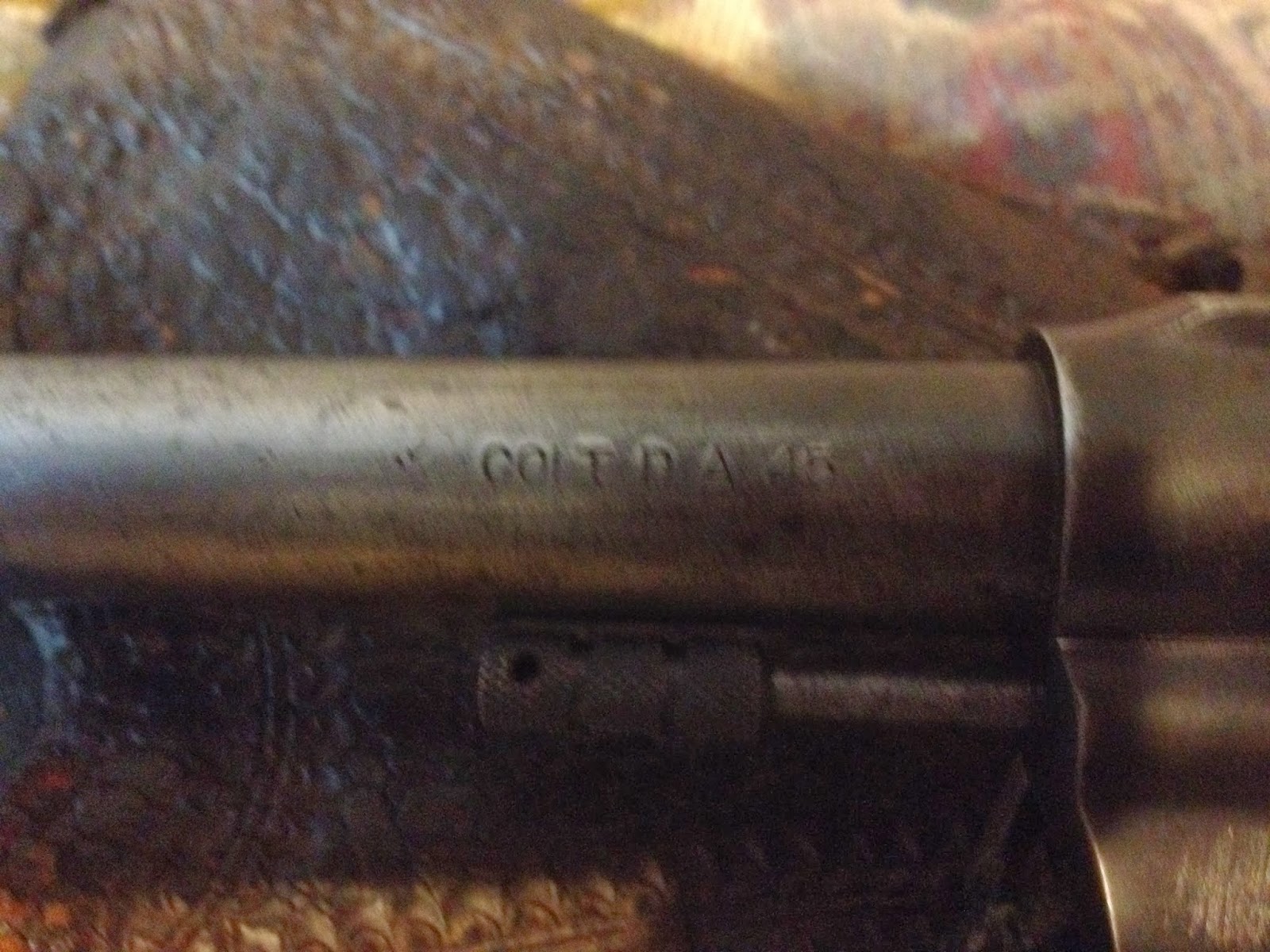 All of which has me thinking it's a 1917 produced for the civilian market by Colt, and then acquired by the Royal Army for WW1 or WW2.  According to the serial number, it was made in 1918, so possible.

Anyway, since it's nearly 100 years old, I took it down to the guys and Jackson Armory to make sure it's safe too shoot. Turns out, it used to have the lanyard loop and US Prop markings on the butt. Someone had filed them off and filled the hole in. They'd also filed off the US. Property mark on the bottom of the barrel too. I guess someone was freaked out by the markings and didn't want to get in whatever imagined trouble they thought.  Trust me, they didn't do the value of the gun any favors.

Good news first. It's shootable, the barrel is good. Locks up tight.

Odd news. It's not an M1917.  If you look closely at how the barrel and the frame meet, you'll notice the barrel is straight and doesn't bell out.  It's a model 1909, chambered in .45LC. Even older and slightly more rare. The RAC stands for Renaldo A. Carr, the initials of the inspector.  Along with the FB, which were the initials of Col. Frank Baker, the Army Inspector of Ordnance.  The serial number puts it in the initial contract of 6000 ordered by the War Department to fill the gap between the old service revolver and the new 1911. So, made in 1909 or '10.  There were a total of 19503 made for the U.S. Army. This one probably went to the Manila Ordnance Dep't in the Philippines and then spent the next 100 years wandering it's way back to me.

The gun store had it mis-identified as a 1917 when it was actually a 1909 and thus priced it a little low for what it actually was.  Which brings me to, H'Ray Me!

Bad news. I now have ANOTHER caliber I have to buy.

Anyway, look what followed me home, a Colt New Service Revolver, model of 1909.
Posted by aepilot_jim at 17:49 3 comments: