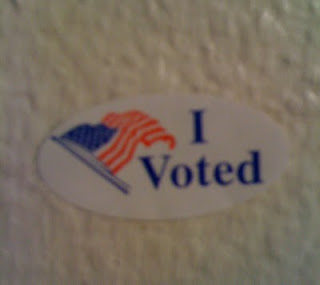 Email ThisBlogThis!Share to TwitterShare to FacebookShare to Pinterest
Labels: Me me me, Politics

Saw this today at the fun store; 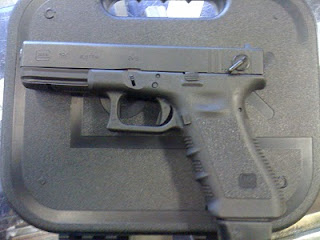 Yes, it's a glock. But before you say, "Wow, another glock..." and roll your eyes. Look closely.

Yeap. It's a G18. I giggled, I handled, I flipped the go faster fun switch. 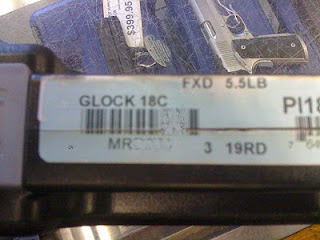 The only thing a bureaucracy does quickly is grow.
Posted by aepilot_jim at 19:21 2 comments:

Too much time to think and the First

Had to do a lot of driving today and as such got to listen to a lot of talk radio. Never a good thing. It seems there's a bit of a kerfuffle about a question asked by a conservative of a liberal. Specifically the question was; what five freedoms are enumerated in the First Amendment.

The short answer is freedom of:
But that's not what the to do is about. It seems the libs think that the first spells out separation of church and state. And the "radical right wing nuts" say it doesn't. Okay.... Let's look at the First Amendment as it's actually written.

"Congress shall make no law respecting an establishment of religion, or prohibiting the free exercise thereof; or abridging the freedom of speech, or of the press; or the right of the people peaceably to assemble, and to petition the government for a redress of grievances."

Lots of commas and semi-colons.

The first clause. "...make no law respecting AN establishment of religion, or prohibiting the free exercise THEREOF;" (emphasis mine)

The highlighted "thereof" is where most people point and say "See, freedom of religion" and libs say "See, freedom FROM religion". I blogged about this before, complete with Websters and Oxfords definition of "thereof". I don't feel like repeating myself, so go dig through my archives. The upshot? The founding fathers meant, and they expounded on this in the Federalists Papers among other places, you're free to practice, don't practice, whatever, pray, don't pray, God, Ghu, Nature, Glaciers (The Great Pumpkin help us), Trees... well you get my drift. If you want to dance naked around trees on the summer solstice and that's how you worship whatever you worship that was honky-dory with our founding fathers.

The "an" on the other hand. You see, the libs, and this is just my guess, look at "establishment" as a verb. The "an" on the other hand sort of forces "establishment" to be a noun. And therein lies the rub. The libs read that and say "Look! Separation of church and state! See, you stupid conservative bible banging idiots.", and then laugh in a condescending and superior way.

Because the "an" is sitting there right in front of "establishment". The noun establishment is a different beast and sort of makes the libs wrong. Which means they're... well, the idiots in this case and even dumber for laughing at the conservatives about it.

So, "establishment of religion" was meant to be a fancy way of saying churches. Or any organized religious body. (The sticky bit here is that read that way, it makes all those laws exempting churches from taxes unconstitutional)

On a side note, the complaint is if churches had to pay taxes they'd be paying things that were against their beliefs, like abortions and civil union marriages, etc. I'd counter with two arguments. Show me where in the constitution abortions are enumerated. Or for that matter where does it say ANYWHERE that the government has any business in marriages?
Secondly, the government has it's fingers in places that would make the founding fathers flip their powdered wigs. Things like soup kitchens, housing the indigent, orphanages, etc were originally funded in a secular manner by the churches and local charity organizations. If they were put back in their hands the churches wouldn't have to pay taxes for things that were against their beliefs. And besides, I have to pay taxes that go for A LOT of thing I don't want to pay for, why should they be any different.

So, when you look at the word establishment as a noun, you sort of make the concept of separation of church and state vanish from the first amendment. But as it was never there in the first place, that's not that amazing.

Today is a banner day.