So a couple of weeks ago I threw a throw away bid on a Glock 36 on Gunbroker. The bid was really low and there was a week to go on the auction so I didn't even remember it after a couple of days.  But to my surprise I won it. Warning, pic heavy, for me anyway. 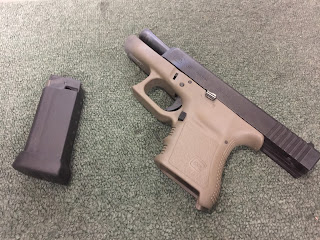 Picked it up today and went to the range to test it out.  It is a seriously different trigger from the 1911's I'm used to. 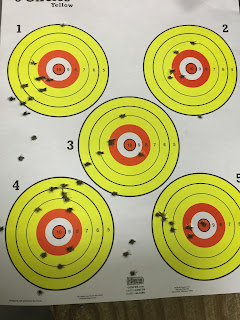 I started with the lower left target and proceeded to curse the inventor of the striker fire trigger. But 50 rounds and 5 targets later I got that group on the upper right target.

The next 50 rounds I shot just to make sure I understood the difference in the feel and break of a striker fire trigger. Really, it's just so mushy from what I'm used to in a trigger.  Even compared to some of my revolvers. 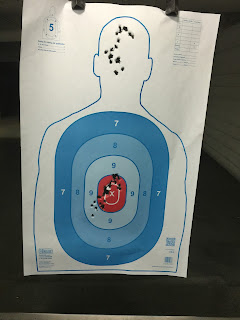 And I swear it broke in a different place almost every time. I'm still anticipating the recoil as little as it is. But I'm pretty out of practice with handguns of late. I've been concentrating a bit too much on rifles over the summer. 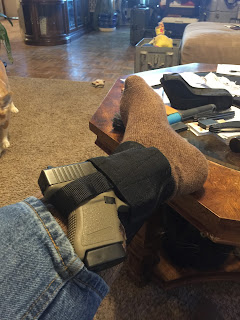 will drive as many people as possible crazy.  I know you're cringing right now, Curtis, Daniel, Fudd, FarmDad, well the list goes on and on. :D

Hey now, I ankle carry on occasion... I just use a better quality holster... :-D