Seeing as how it's about time for my biannual (semi-annual?) blog post I thought I'd just do it about today's range day.

So, July 28th... in Texas. It's a lovely, partly cloudy day, light winds out of the north keeping the temp down to a mild 102F. But it's a dry heat. Which only means you have to bring cooking spray when you fry the egg on the sidewalk. I shot XTac green tip for the AR and 1945 surplus 8mm Mauser for the Mauser.

I had three tasks today. Rezero my truck rifle, test shoot my 104 year old Mauser G98AZ to make sure the stock repair holds, and test this new mag from CAA out. 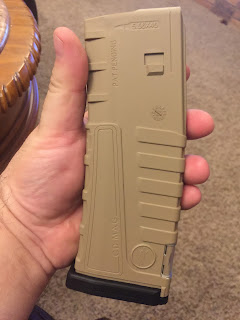 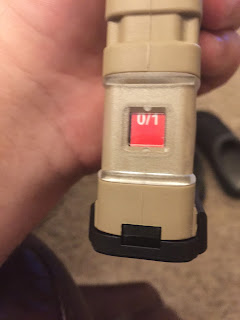 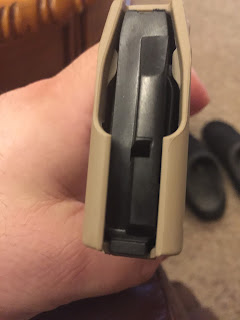 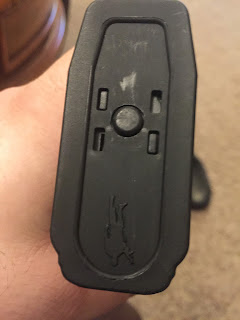 Loading was only slightly harder than loading a PMag. It locked up into the magwell solidly with very little wiggle either fore/aft or side to side. Which may be why it wouldn't drop free when the mag release was hit. Unloaded it would spring about 2 inches when the release was hit, but wouldn't move on its own at all when loaded full. And only pop enough to say it it was out of locked on a half mag. My guess is the mag bulges slightly when loaded and that's why it's not moving when loaded even though it's heavier with 30 rounds.

Aside from a problem stripping off the first round of a fully loaded mag (it took 3 tries to finally grab that first round) it worked flawlessly and locked open without trouble on the empty mag.

They retail about 8 bucks more than the windowed PMags. I'm gonna continue to use this as a range mag to see if use will work it in better.  I would like to see the round counter window sized a bit better so it only showed one number but I can see why it's like it is. I'd also like to see it sized better so it drops free in its own. But that's my personal preference. I know others who prefer the tighter seating. The failure to feed the first round I'm gonna reserve judgement on till I've used it more to see if it's just a quirk of a brand new mag or not. As it stands now they aren't worth it to me to switch over from PMags as my default mag, but they do make a good range mag.

As for the other two tasks. It'd been maybe 5 years since I'd sighted in my truck rifle, an AeroPrecision AR-15 with an Adams Arms piston conversion kit, Trijicon ACOG TA-31H scope, and magpul furniture. I shot it a couple of months ago and I was 3 ft. high and about 2 ft. left at 100 meters. So... yeah. 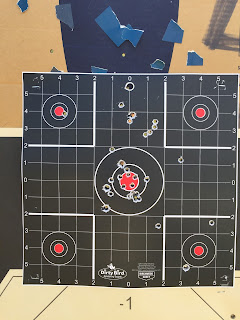 Zeroing was done kneeling, semi supported. Once I got it on paper, thanks for the spotting Old_NFO,  I adjusted till I hit consistently in that group at 5-5:30. Then tweaked it to that group in the red. The group up at 3 to 4 high were when I moved back to 100 meters. Which is where it should be for a 25/250 battlefield zero. The larger holes are from the Mauser, again at 100. 15 rounds of mule kicking 8mm Mauser and the stock repair held wonderfully.

Here's a pic of Obi Wan Kenobi sleeping for sticking around thru this blog. 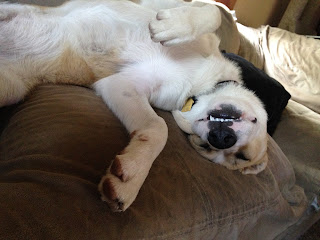 All I all not a bad day at the range.